When I was younger my favorite scary movie was Nightmare on Elm Street.
Freddy Krueger was the scariest by far because not only did he use a razor hand to chop people, he also manipulated peoples thoughts, he made them fear him so he would become stronger, I was terrified.

So my manicure today is inspired by Freddy Krueger. 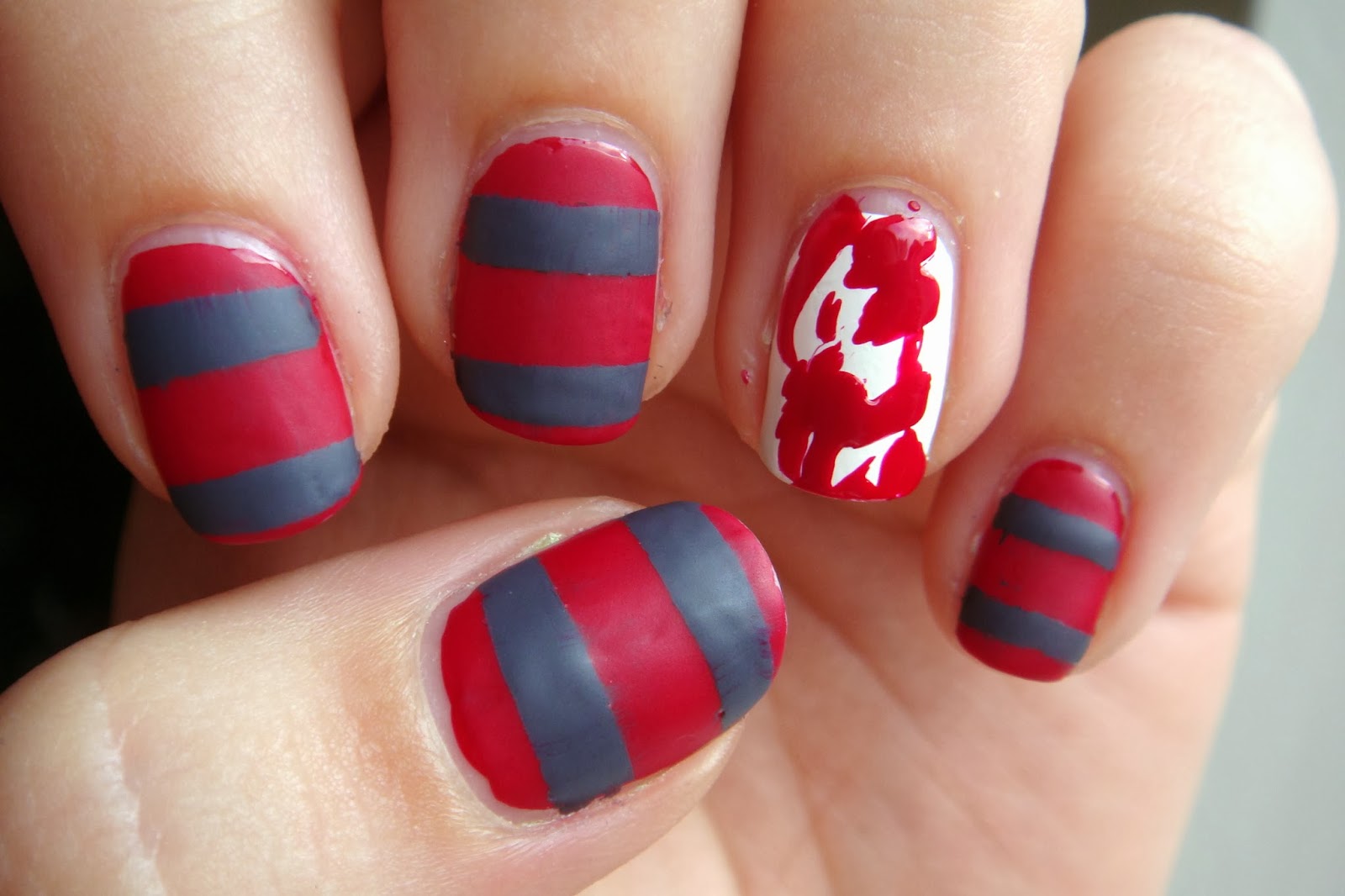 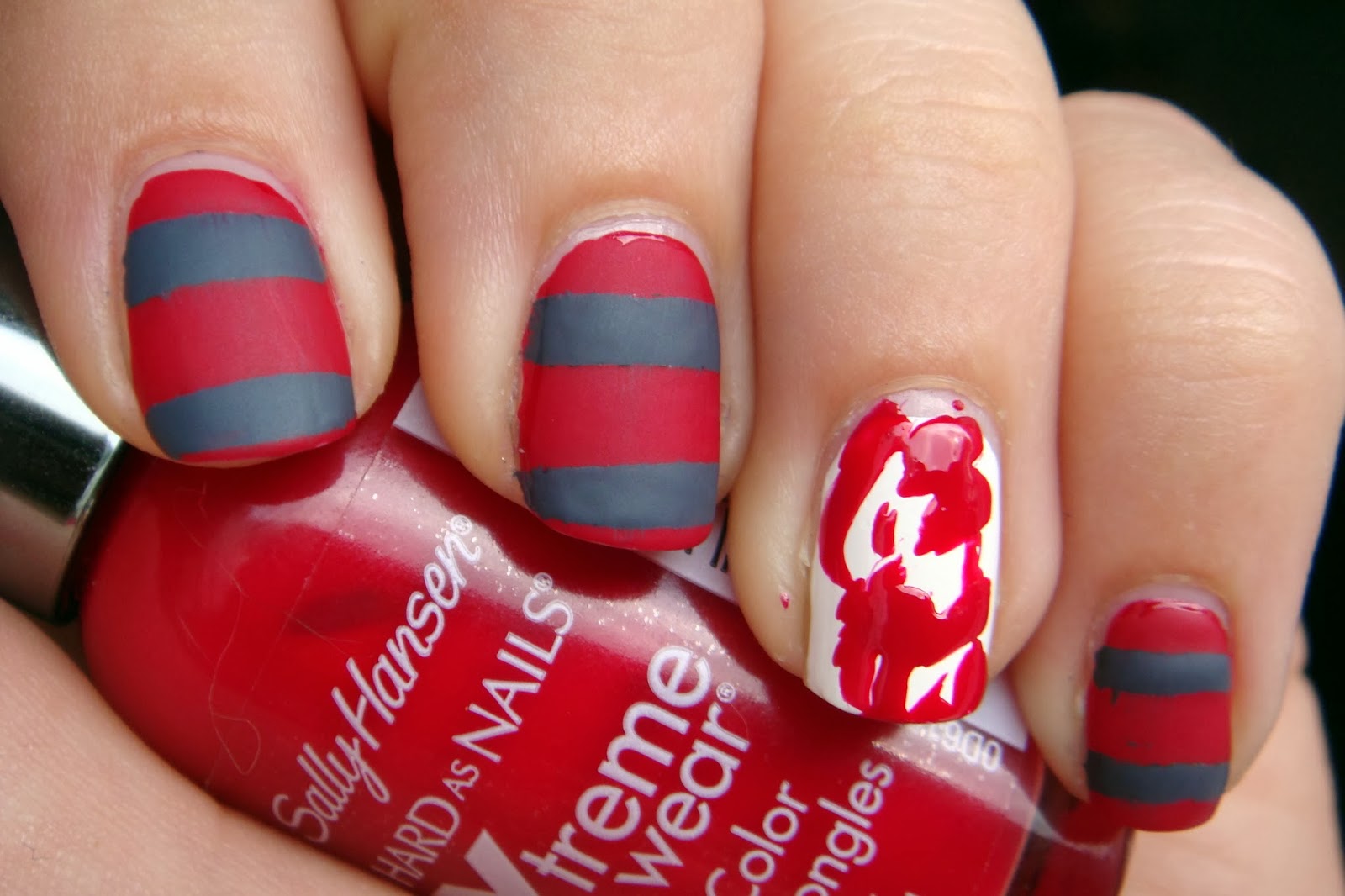 One, two, Freddy's coming for you.. 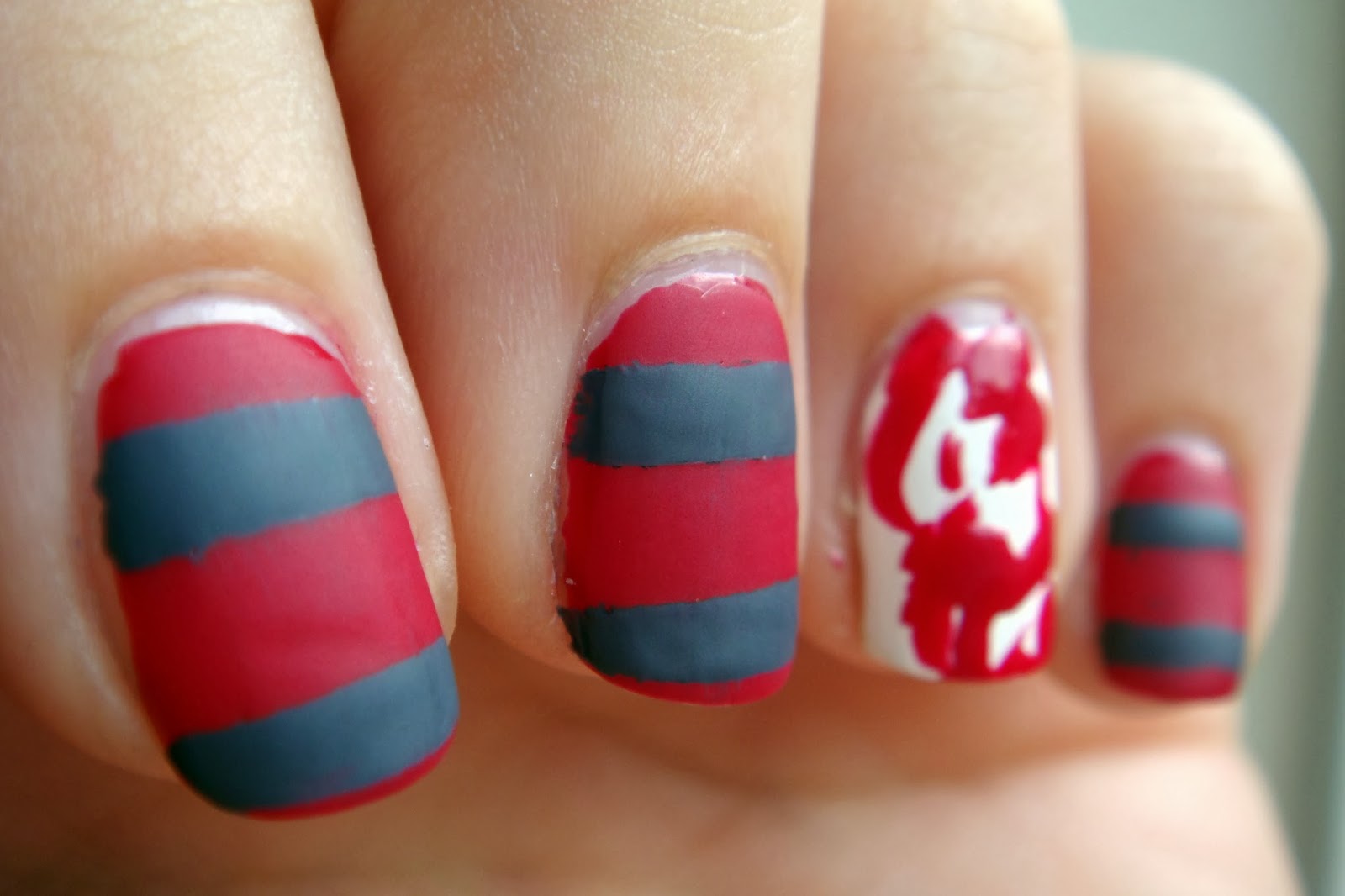 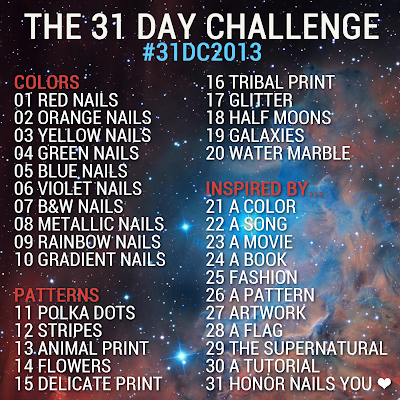